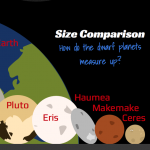 In celebration of the New Horizons mission reaching Pluto, here is an interesting infographic about Pluto and the other dwarf planets!

Interactive Minds: Solar System has been added to the BelugaBloo Kids Bookstore! This FREE bookstore features a wide collection of interactive books and educational games just for kids. View the “Science” category to find other great science books 😉

14 new pages have been added and many topics have been expanded upon! To celebrate, the app is on sale for only $0.99 this Monday (7/22) to celebrate the release of this major update.

“Interactive Minds: The Solar System” has been featured in today’s AppFriday promotion, a list of free or discounted apps!

Through this weekend only “Interactive Minds: The Solar System”, normally 2.99, is marked down to FREE! Check it out and spread the word!

Austin, Texas – December 4, 2012 – The first app in a planned series of interactive science book apps has been released by Vosonos LLC. The series, called Interactive Minds, starts with an in-depth look at the Solar System aimed at 8 to 12 year olds.

Our first independently produced app has been launched: an interactive science book about the Solar System. Read more about it here!